It’s simple to group noodles and pasta together, and way too often, use the two terms interchangeably.

They appear virtually identical to the hoi polloi, and they often taste the same.

Both are tasty foods that people gobble up by the spoon/forkful worldwide. Their similarities are striking.

While both are stuffed with carbs and can be consumed similarly, pasta and noodles aren’t identical.

Actually, it turns out that pasta and noodles are two entirely different types of food altogether, and if you’re curious about what they really are and how they relate to one another (if at all they do), then this article is for you. 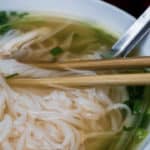 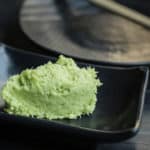 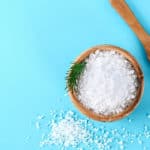 Pasta is not noodles. The two kinds of food have several similarities, but they also have significant differences. For similarities, both are made with flour and water using comparable–though not precisely the same–production methods, and both are usually cooked and consumed in much the same way. For differences, noodles must contain eggs, but pasta does not. Furthermore, pasta comes exclusively from wheat flour, whereas noodles come from a wide range of flour, even rice.

Have you ever enjoyed the hearty soup of chicken that is filled with tasty noodles? Yes, those are noodles.

Perhaps you bought the ‘lo mein’ at your favorite eatery or even stopped by to get ‘udon’? Lo mein and udon are noodles too.

What actually makes a food a noodle?

Our word for these foods comes from the German ‘nudel,’ which itself was borrowed from the Latin word ‘nodus,’ meaning ‘knot,’ possibly for the impossibly tangled knots in which cooked noodles seem forever destined to wind up.

Noodles are very dense, allowing them to be used in soups and casseroles without getting soggy.

Noodles contain a significant amount of carbohydrates, making them a great source of getting an energy boost when tired or low.

Noodles can be found in many forms, but typically, they are found in thin, long rods or strips.

Where did noodles originate?

It’s hard to determine where noodles originated specifically, but it is generally believed that they originated in China in the Eastern Han Dynasty.

Archaeologists working in China in 2005 discovered the remains of a bowl of noodles going back 4,000 years ago.

(It is fascinating, although ultimately futile, to wonder what happened to the poor sap who never got to finish their meal.)

At any rate, aside from that aside, this discovery makes Chinese noodles the earliest on record.

With this foregoing in mind, it would seem that noodles somehow made their way westward because, eventually, noodles have become a common food right across the whole world.

How are noodles made?

Noodles are made from various things like rice, acorn, wheat, buckwheat, mung beans, and potato.

Noodles are usually made from flour that is far more refined than the flour that pasta makers use.

When cooked correctly, noodles are very soft, and eating noodles ought not to involve any chewing or biting.

Noodles begin their existence as dough. After mixing the ingredients into dough and kneading it, the dough is cut thin.

This can be accomplished using various methods, including some traditional ones that use rolling pins and hand-held slicing devices.

Traditionally, the dough is stretched thin, and the noodles are cut into the intended shape.

Noodles are a staple food across the globe

Once cut, noodles can be cooked right away or stored for use later.

Noodles are the main ingredient in a host of dishes across the planet, served in both hot and cold dishes without discrimination.

Noodles can also be fried and served with soups or cooked into an appetizer to serve alongside meat or vegetables.

Noodles can differ immensely in flavor, based on the amount of salt added to the dough and the origins of the flour.

Salt is added to help to soften gluten proteins, creating that flexible noodle of long-standing tradition.

Used in various ways and known to be an excellent complement to many flavors, noodles are delicious, satisfying, and affordable.

If asked, most folks would say that pasta comes from Italy. Astoundingly, these folks would be way off because pasta first showed up in Arabia.

Now, while the food itself is of Arabian origin, the word ‘pasta’ is 100% Italian and comes from an Italian word meaning ‘paste.’

The name is derived directly from creating the pasta dough.

Producing pasta dough is the step that precedes the transformation of the dough into the forms we know and love, such as farfalle, ziti, rigatoni, and many more.

Fresh pasta is made using eggs and stored in the fridge for a few days. The majority of us are, however, most familiar with dry pasta.

Dry pasta can happily spend two years stored away on a shelf. Pasta is made of wheat, specifically durum wheat, from Italy only.

Pasta can also be made with vegetable extracts. Some pasta dishes call for filling the pasta with food, such as ravioli and gnocchi.

In contrast to noodles, pasta forms are identified by their names and are utilized for particular meals.

When making pasta, the objective is to create an even, al dente finished product.

Pasta must never become mushy but retain a tension firm enough to provide the sensation of freshness each time a bite of it is taken.

Soft, mushy pasta could not deliver this experience. Pasta of a spongy, undercooked texture is definitely a huge turn-off, feeling soggy and tasting like mushy tissue paper.

How cooking pasta can be more complicated than it might seem

The requirement to make pasta al dente means the task of cooking pasta can be more complicated than many would imagine.

Pasta is often made using salt, but more often than not, salt is then used as an additional step in creating authentic food dishes for diners.

The use of salt at different cooking times will affect how pasta recipes work.

Get it wrong, and the salt draws in additional water, producing catastrophically awful, damp, sodden pasta.

Is pasta the enemy of losing weight?

Pasta is a healthy meal that is low in sodium and should work comfortably within any sensible weight-loss program, especially when pasta is paired with healthy proteins and vegetables. Low-carb diets berate pasta for its high calories. The trouble is, study after study has found that low-carb diets are about as beneficial as low-fat diets, which is to say they’re useless.

Can I eat pasta on just its own?

You can eat pasta on its own, but not over a long time, and indeed, no professional dietician will ever agree that an only-pasta diet is a healthy one.

However, they originate from different cultures and serve distinct functions in the world of food.

Foods that should be prepared using pasta but are instead served with noodles–and vice versa–would be a bit disappointing, which means noodles and pasta are two totally different meals.

Luckily, they’re both equally delicious, so there’s no good reason to be limited to one or the other.