Pineapples are already hard to tell if they’re ripe because of the hard exterior, but does a pineapple actually continue to ripen after it’s been picked?

If it does, that means you can pick any pineapple you want and just wait a while till it gets sweet.

If it doesn’t, you might be waiting forever for a pineapple that won’t taste any better than the day you bought it.

Does a Pineapple Ripen After Picking?

What Happens to a Pineapple After Picking?

When you take a pineapple off the tree the fruit is immediately separated from all the starches in the stem of the plant. 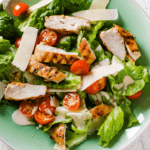 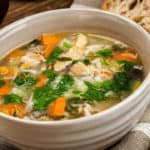 The pineapple is incapable of producing sugar on its own so you’re left with a fruit that doesn’t have all the sweetness in it that it could have if you picked the right one.

Fruits that do create their own sugars are called climacteric fruits and they do so by being exposed to unsaturated hydrocarbons like ethylene.

Bananas, apples, kiwis, and other fruits all go through this process in order to become sweeter to the taste.

Because pineapple is not a climacteric fruit, it will never become sweeter, or ripen more, after it’s been picked.

It will change color and even become softer when biting into it but it will never change its actual flavor.

Can You Ripen an Unripe Pineapple?

Even though a pineapple can’t produce its own sugars to ripen after picking, you can intervene in order to get the sweet flavor you want.

When a pineapple is exposed to ethylene it causes another enzyme to be released that helps it to actually ripen.

All it needs is to be next to ethylene, you won’t need to inject the fruit with anything.

In fact, all you need is some other fruits that contain ethylene, like bananas, around the pineapple and you’ll be amazed at how the pineapple begins to sweeten.

Another method is to place the pineapple upside down on a table balancing on its leaves with the base in the air.

If you can pull off this balancing act it will help sweeten your pineapple because most of the sugar is going to be stored near the base of the pineapple where it was attached to the actual plant.

When turned upside down, the sugars will flow naturally to the rest of the pineapple, making it sweeter.

You’ve probably heard that when your phone gets wet you need to bury it in a bowl of rice.

That’s because the rice helps to absorb any moisture in the air and will dry out the phone incredibly well.

The same thing will happen to pineapple and when the moisture is pulled out of the fruit, it will actually help it to ripen.

What Can You Do With an Unripe Pineapple?

There’s nothing worse than making the trip to the store, picking out your favorite pineapple, and taking it home only to realize when you cut in that it’s pale yellow and not sweet at all.

It doesn’t make for a very good snack and you probably wouldn’t want to add it to one of your recipes because it lacks the signature sweetness.

So, instead of chucking the entire thing out, you can use it in some unique ways that might even turn into your next favorite snack.

One easy and convenient way to use your pineapple is to cut it up and throw it in some smoothies.

Since you’ll probably have several flavors added in, you’ll get a hint of the pineapple by throwing it in and the other fruits will make up for the lack of sweetness.

Homemade sorbet is another way to use up your pineapple without needing it to carry a majority of the flavor.

You could even purchase a nice pineapple syrup to use to make up for the lack of flavor.

Sauteeing your pineapples is another great idea because you’re going to be adding some sweetness and sugar anyways so the pineapples are really just acting as a base.

How Can You Tell If a Pineapple Is Unripe?

As soon as you walk to the pineapple section you’ll notice the physical appearance of your fruit.

So the first element you should be looking at to tell if a pineapple is ripe is the color.

This isn’t a full-proof method because even though ripe pineapples turn yellow, if an unripe pineapple is sitting out for a long time, it will also turn yellow but it won’t be as sweet.

If your pineapple is starting to turn into an orangeish color then avoid it altogether. It’s probably overripe at that point and won’t taste any better.

Even though the exterior of pineapple might feel as tough as a turtle shell, there is a difference between a ripe one and an unripe one.

When a pineapple still needs to ripen it will tend to be harder and you won’t be able to squeeze it at all.

But when a pineapple is ripened already, it will have a slight give to it that lets you know it’s ready to be eaten.

Frequently Asked Questions About Does Pineapple Ripen After Picking

How Long Does It Take for a Pineapple To Ripen?

Just for a pineapple plant to start the flowering process, it takes about 16 months to complete. A pineapple then takes an additional 6 months to actually ripen.

Pineapples don’t ripen after they’ve been picked but there are some methods you can follow above that will kickstart their ripening process even after they’re sitting on your table.