You’ve seen those TikTok videos of what looks like tiny maggots crawling out from berries that were soaked in saltwater for 30 minutes.

These maggots are larvae of fruit flies. They live in almost all berries and other ripe fruit, including raspberries.

They are harmless and nothing to worry about. If the berries have a peculiar odor, throw them out.

The tiny white larvae living in berries like raspberries are from the spotted winged drosophila (Drosophilia Suzuki). 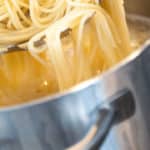 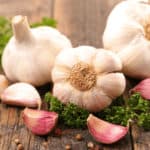 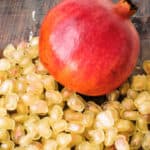 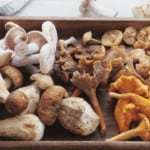 Larvae only get to be 1/8th of an inch long. The adult flies have red eyes, dark bands on the abdomen and are colored tan.

Males have a distinctive dark spot on their wings, giving the species its common name.

They seek out fruits with thin skins, like raspberries, but also strawberries, blueberries, blackberries, cherries, plums, and grapes.

They’ve also been known to infest apples, pears, and some kinds of tomatoes.

According to the University of Minnesota Extension, the only berries these flies do not like are cranberries.

The females find ripe fruit and make an incision so small that it cannot be detected with the naked eye.

They have an egg-laying organ called an ovipositor that is shaped somewhat like a saw, making it perfect to cut through fruit skins.

If berries are severely infested, then they cause the berries to collapse, making them look and feel mushy.

It is possible that while females are laying their eggs into fruit, they introduce a kind of bacteria called Acetobacter.

This is the bacteria that gives vinegar its distinctive smell. The smell is a waste product from the bacteria.

If your raspberries smell of vinegar, alcohol or give off another odd scent, throw them out.

Storing Raspberries or Other Berries

According to Ohio State University, refrigerating or freezing your berries as soon as you get them home from the store or farmer’s market will help prevent eggs inside of the berries from hatching.

This is one reason why frozen berries may have fewer larvae than fresh ones.

Raspberries and many other berries have a short life in the refrigerator.

They should be used in a few days. They then may start to rot.

Bacteria or mold is more likely to get you sick than fruit fly larvae. Raspberries can last up to 18 months in the freezer.

Bugs in or On Food are Normal

Before the advent of pesticides, finding insects in your fruit or vegetables was common.

The joke, “What’s worse than finding a worm in your apple? Half a worm” has been around since at least 1911.

That worm, usually the larvae of the codling moth, was not harmful, but creepy.

They added a minute amount of protein to the apple.

Small amounts of insects or insect parts are allowed in fruits and vegetables by the Federal Drug Administration (FDA).

A 2017 study sponsored by Terro, a pest-control company, added up all of the insect bits an average person would eat in a year, should they eat the usual serving of fruits and vegetables.

A serving of canned or frozen berries, including raspberries, is allowed to contain the equivalent of two whole insects.

The study did not look at fresh berries.

This does not mean that a serving of berries will always contain the equivalent of two whole insects, but this is the maximum of what berries are allowed to contain.

If a person just happened to eat all of the insects allowed by the FDA in all of the fruits and vegetables listed, then that person would eat the equivalent of about 140,000 bugs a year.

The Real Danger is Not Eating Fruits or Vegetables at All

Bugs found in or on raspberries, or any kind of berries, are not poisonous. CNN reports that all fresh produce contains bugs to a certain degree. The bugs do not even change the taste of the fruit. Rinsing fresh fruit like raspberries in cold tap water is enough to remove any insects living on the fruit’s surface.

Another 2017 study showed that Americans were more likely to eat the recommended daily servings of fruits or vegetables if they were frozen. They wound up eating more healthy nutrients like calcium, potassium and fiber than people who didn’t eat their fruits and vegetables. They also had a lower body mass index (BMI).

Eating fruits and vegetables, whether fresh or frozen, helps your health in many ways:

Should You Wash Your Fresh Berries in Salt Water to Remove Bugs?

Although washing fresh berries like strawberries, blueberries and raspberries will cause fruit fly larvae to crawl out, the saltwater ruins the taste of the berries. The larvae are harmless. If this is too gross, try using frozen berries instead, because any bugs inside will be dead.

How Many Bugs Do You Unknowingly Eat Every Year?

A 2017 study sponsored by insect-control company Terro found that the average American eats the equivalent of up to 140,000 insects every year. Tiny amounts of insects or insect parts are allowed by the Federal Drug Administration.

Do Spiders Live in Raspberries?

Spiders live on fruits like berries, but do not tunnel inside. They do not eat berries or any other fruit, but they do eat bugs that live on the fruit. Spiders are more likely to be on grapes or bananas rather than berries.

The Least You Need to Know

Tiny white bugs that live in raspberries are the larvae of spotted winged drosophila or fruit flies.

These bugs are harmless and will not change the taste of the raspberries.

Insects are inevitable in fresh, frozen, or canned fruit and vegetables. Throw the berries out if they are mushy or have an odd smell.