No one wants to suffer any loss, whether it be food or milk. Various studies indicate that over 128 million tons of milk are wasted yearly, including evaporation.

Investing in an excellent reconstitution method will ensure that you minimize wastage. Yet, most people are unsure whether it is possible to make milk from evaporated milk. The following insights give an in-depth look into this element.

You can make milk from evaporated milk. Evaporated milk suffices when you heat and condense it to approximately half its original volume. That means a significant amount of water is lost during this transition process. For this reason, milk reconstitution requires you to add the lost water back.

While reconstituted milk has the same properties as the original one, the flavor might be distinct. Yet, it will still offer similar health benefits.

Milk reconstitution is a pretty straightforward process. Yet, it would be best if you stuck to particular recipes. The standard rule is that the ratio of milk to water should be one to one. 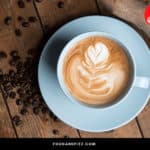 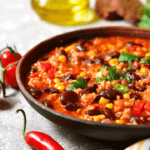 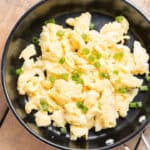 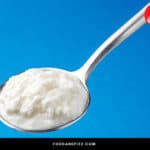 For instance, suppose your recipe requires two cups of milk. In that case, you’ll need a cup of milk and a cup of water.

How to Reconstitute Evaporated Milk

In that case, you’ll need to add five ounces of water to reconstitute it. The outcome will offer you similar properties yet unidentical results.

Yet, you might want to water down your evaporated milk further in other instances. Such will be the time to consider increasing the amount of water to add to the evaporated milk.

For example, you could consider 75% of water against 25% of evaporated milk. It all depends on what you want to achieve in the long run.

What Is Evaporated Milk?

Evaporated milk is ideally milk that has been heated and condensed, losing between 50 and 60% of its water content.

Evaporation allows for seamless homogenization and canning. Notably, sterilization is part of the canning process, eliminating microbes, pathogens, and other microorganisms that could affect the quality of the milk.

The choice will depend on personal preferences and objectives. Notably, this milk has proven to be an excellent substitute for regular milk. Most people prefer diluted evaporated milk, particularly when preparing tea or coffee.

Suppose you want creamy and more concentrated milk. In that case, you’ll benefit from evaporated milk. Its thick and creamy consistency makes it an excellent choice for various beverages. Besides, it has a slightly caramelized flavor that makes it appealing to most users.

Various benefits come with evaporated milk. Understanding these benefits will help you decide whether or not it is a worthy venture. These advantages include the following.

In addition, this milk is rich in minerals, including calcium, magnesium, and zinc. Calcium is essential for healthy bones, while zinc improves your digestion and immune function. Contrarily, magnesium boosts brain, heart, and muscle function.

Evaporated milk provides multiple minerals, keeping your weight in check. You will rely on this milk to gain weight, reducing the chances of suffering dementia, infection, or fatality.

It will ensure that you gain weight without exposing yourself to other eating or health problems in the long run. Above all, this milk is fortified with vitamins D and A, which boost bone health.

Milk evaporation allows you to keep it for significantly long periods. An extended shelf period implies that you can store evaporated milk for emergencies in the future.

This milk does not have microorganisms and bacteria that could hasten its destruction. Pathogens and bacteria are eliminated during sterilization and heating, leaving you with high-quality milk that exposes you to no health complications.

You can rely on evaporated milk for various culinary uses. Its creamy texture and enhanced flavor make it a versatile addition to your food. It ensures that the food is savory and tastier. This milk is essential in preparing creams, sauces, and soups.

How You Can Use Leftover Evaporated Milk

Perhaps you have a particular recipe that requires evaporated milk. In most cases, you will hardly use the entire can. The leftover milk can offer multiple uses, ensuring that you get value for your money in the long run. The following are the top ways you can use this leftover evaporated milk.

Let It Act As a Substitute

Evaporated milk is an excellent alternative to regular dairy milk. Its rich nutritional value makes it a perfect choice for anyone looking forward to keeping fit and healthy.

For this reason, you can use it with mashed potatoes, cream soup, cheese, and macaroni. Besides, evaporated milk can withstand significantly high temperatures, meaning you can use it to substitute for water.

Whipped cream is a perfect addition to your table. Yet, you could use evaporated milk when you do not have it.

However, you must first place this milk and its beaters in the fridge for approximately 30 minutes. You will then beat it at high speeds to get the consistency and results you envision.

Reconstituting evaporated milk is the ultimate decision. It requires you to add an equal amount of water to it. However, you might want to add something to this reconstituted milk to improve its flavor or taste.

Suppose you want to give your hot beverages a creamy texture. In that case, you will need to use evaporated milk. It will ensure that your drink has a better flavor and scent. In addition, you could use it for your desserts.

Evaporated milk is a perfect way to improve the longevity of your milk. Its unmatched and diverse nutritional profile assures you of enhanced health and fitness. Yet, you might need to reconstitute it at some point. The insights above will come in handy.

What Is the Difference Between Evaporated And Condensed Milk?

How Can You make Evaporated Milk?

Preparing evaporated milk is a pretty straightforward process that takes less than 30 minutes. It requires you to place the milk in a saucepan and bring it to a simmer. Ensure that you heat it until it loses about 40 to 50% of its weight or water content.

How Long Can Evaporated Milk Last?

Evaporated milk has an extensively long shelf life. Typically, this milk will last for as long as one year. However, it will last no more than two weeks in the fridge once opened.